Girl Talk Fact or Myth: Women Speak Up About Life with PCOS

Fact or Myth: Women Speak Up About Life with PCOS

You’ve probably heard about polycystic ovary syndrome before. Often referred to as PCOS, it’s a hormonal disorder that affects 1 in 10 women of...

Let these women prove that PCOS is just a little hiccup in one’s awesome life.

You’ve probably heard about polycystic ovary syndrome before. Often referred to as PCOS, it’s a hormonal disorder that affects 1 in 10 women of childbearing age. However, despite how common it is, there are still a lot of misconceptions surrounding the condition that have to be addressed.

To bring light to what it’s like to have PCOS, more women have become more vocal about dealing with the disorder; at the same time raising awareness, debunking myths, and validating facts.

We caught up with six women experiencing PCOS, who prove that their diagnosis is just a little hiccup in their awesome lives:

FACT: PCOS can be difficult to diagnose

Polycystic ovary syndrome remains a diagnosis of exclusion, meaning it can be tricky to diagnose until other conditions that come with similar symptoms have been ruled out. Since PCOS is a hormonal disorder, its most common symptoms include irregular periods, increased growth of body and facial hair, and acne problems.

“I was about 30 when I was diagnosed with PCOS. I had been having severe cramps even when I wasn’t on my period. It came to a point that I started associating the pains with other diseases because it was just taking so long to find out what’s wrong. It took several lab tests before my doctor confirmed that the symptoms I was experiencing were, indeed, because of PCOS.” -*Jill, 34

MYTH: If you have an irregular menstrual cycle, you certainly have PCOS The symptoms of PCOS vary from one person to another, and experiencing one of its many telltale signs doesn’t necessarily mean you have it, so it’s always best to consult with a specialist when you notice anything amiss.

“When I was diagnosed with PCOS, I couldn’t believe it at first because I wasn’t experiencing the usual symptoms like irregular periods, weight gain, and acne. My menstrual cycle had also been regular since I hit puberty. But in 2018, I started experiencing breakthrough bleedings—that’s when you bleed mid-cycle, but it is not considered your period. I would bleed for at least two weeks, with the worst one lasting for almost a month. I went to the doctor to have myself checked and they found a cyst in my right ovary. I had the cyst removed that same year, and in 2019, I started having breakthrough bleedings again. I paid my OB-Gyn a visit, had another ultrasound done, and was diagnosed with PCOS.” -*Nica, 25

The definite cause of PCOS is still unknown. However, it comes with risk factors, and one of them is genetics. If you have an immediate relative experiencing PCOS, you’ve got a high probability of being diagnosed with the condition in your lifetime.

“My sister also has PCOS, and knowing that I am not alone in this journey makes things a bit more comforting.” -*Kara, 29

MYTH: PCOS affects the ovaries only

This is completely false. PCOS is an endocrine and metabolic disorder that affects not just the ovaries, but also the rest of one’s body. There are even instances when women without polycystic ovaries are diagnosed with the disorder.

“Basically, PCOS affects your entire body. It’s just that it is most usually detected in the ovaries, like in my case. But because PCOS is a hormonal issue, its symptoms and effects can show even in the most unexpected of ways—mood swings could be one of them!” -*Gela, 25 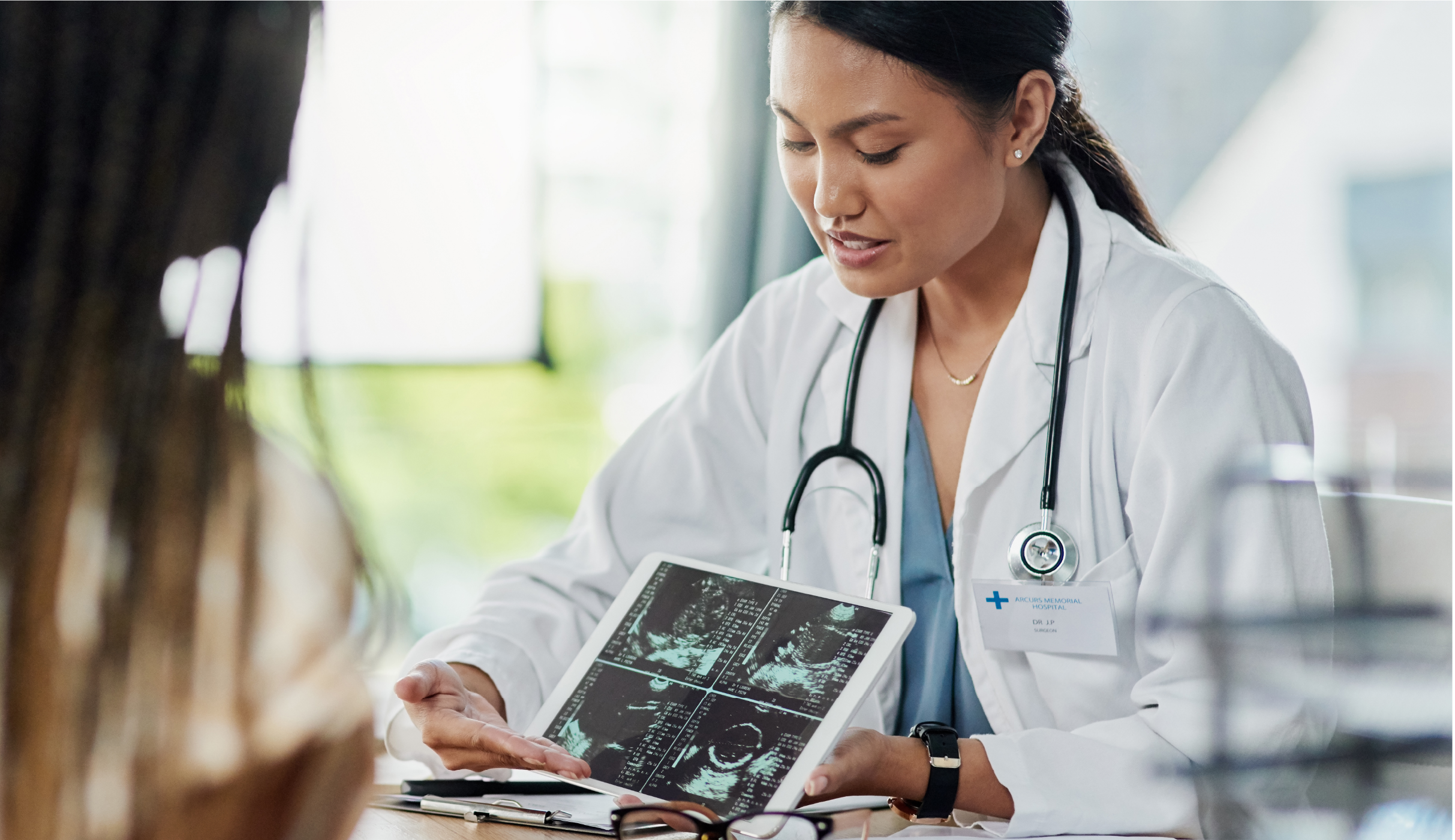 Women would usually go to an OB-Gyn when they experience symptoms of PCOS, but it is actually recommended that those who suspect experiencing PCOS consult with a reproductive endocrinologist, too.

“Perhaps, one of the biggest misconceptions about dealing with PCOS is that having regular check-ups with an OB-Gyn is enough. That’s not true. PCOS is first and foremost a hormonal disorder, so it’s only right that you see an endocrinologist as well. They will be able to help you manage your condition better side by side with your trusted OB-Gyn.” -*Kara

Women of all shapes and sizes can get diagnosed with PCOS—not just women who are overweight or obese.

“PCOS affecting overweight women only is one of the biggest myths about the condition I can bust. I myself have PCOS, but I’m not overweight! I had a normal BMI before I found out that I have PCOS and up to this day, I’m neither overweight or underweight, so, really, it can affect any woman with any body type.” -*Nica

It is true that PCOS is a common cause for infertility in women, but that doesn’t mean every woman with the condition won’t be able to conceive. Since PCOS gets in the way of ovulation, getting pregnant can be a bit more difficult, but not impossible. Seeking the help of a fertility specialist will largely increase the chances of a woman with PCOS to bear a child after fertility treatments or through the natural way even!

“My partner and I actually have a honeymoon baby, and my pregnancy was rather uncomplicated. I didn’t even experience morning sickness or had excessive cravings. However, I did have a brush with gestational hypertension on my 36th week and then preeclampsia on my 38th week, which is expected of women with PCOS. But I had a safe delivery. Our baby was healthy and I recovered quickly. All is well.” -*Kara

“To be honest, I had some difficulty conceiving even when I was undergoing treatment to manage my PCOS. For about two years, my partner and I kept trying, to no avail. So when I was told by my doctor that my chance of getting pregnant was pretty slim at that point, we decided to just give up. I also stopped taking medications. Instead, I took the time to focus on reducing my stress levels to relax my system. Later, and to our surprise, we found out that I was expecting! Sometimes, all you have to do is to take it easy and the rest will follow.” -*Nicole, 27

“I didn’t have any trouble conceiving. I stopped taking the pill in March 2017, then my partner and I tried conceiving in August that same year. By September, we found out I was pregnant and my pregnancy went smoothly. I just had to be careful with what I ate, since I was aware that women with PCOS are prone to getting gestational diabetes mellitus or GDM. Like most pregnant women, I did have a lot of cravings, and I did give into them, but I made sure that the amount and frequency of my intake—especially of sweets—were controlled.” -*Jill

FACT: PCOS doesn’t have a known effective cure, but it’s not life-threatening Being diagnosed with PCOS sure is life-changing, but it’s not a life sentence. While the disorder doesn’t have a known cure yet, it can be managed to improve your overall health.

“Speaking from experience, finding out that you have PCOS can be a hard blow on your self-esteem. Some would even feel less of a woman because of it. But here’s what I can tell you: With the guidance of your doctor, having monthly check-ups, eating right, and exercising regularly, you’ll be happier and healthier. Never be ashamed about having PCOS. We are worthy of being loved and giving love, so chin up and keep aiming high!”

For any gynecological health concerns, it is best to schedule an appointment with your OB-Gyn to keep things in check. You may also #talktophcare for some helpful pieces of advice on taking care of your intimate area. And because pH Care has #GotYouGirl, we’re continuously churning out articles that will help you learn more about yourself and your health. Read them at  https://phcare.com.ph/girl-talk, or if you’re up for a chat, feel free to shoot us a message!

*Disclaimer: Respondents’ names have been modified for confidentiality and their answers have been edited for clarity and brevity

More stories just for you